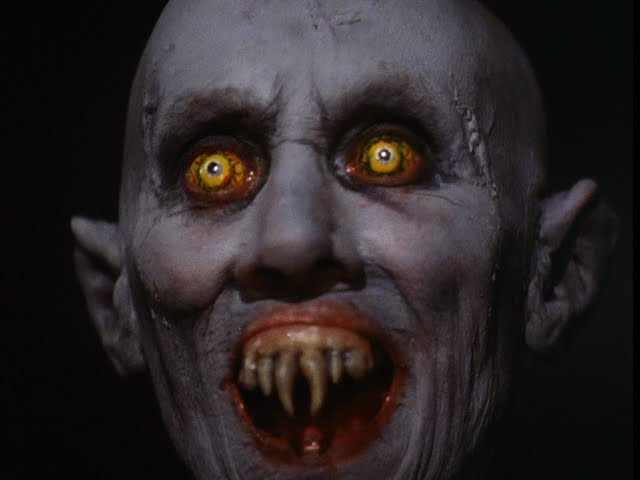 Transcending time and place, the figure of the vampire—in one form or another— has been present in the mythology and folklore of cultures the world over. Typically ingrained within systems of religious belief, the creature often served as a means of reinforcing spiritual practices and social values—a reminder of the inherent dangers of straying from the pack. The Medieval Catholic Church even went so far as to adopt vampire myth in order to better explain the concept of transubstantiation with regard to the Holy Communion. “For just as the devil-vampire drank the blood and then captured the spirit of a sinner, so too could the penitent drink the blood, eat the body, and possess the divinity of Christ,” (Twitchell, Dreadful Pleasures). Indeed, the social history of the vampire runs quite deep, but it was a work of Gothic fiction that came to cement creature’s image in the eyes of the western world. Though preceded by a few tales of note, including John Polidori’s The Vampyre (1819), James Malcolm Rymer’s Varney the Vampire serial (1845-87), and Joseph Sheridan Le Fanu’s “Carmilla” (1872), it was Bram Stoker’s Dracula (1897) that ultimately synthesized and popularized the figure of the vampire as it is commonly known today. The longevity of Stoker’s creation can be attributed to its combining European folklore with the novel idea of Polidori’s aristocratic bloodsucker. It retains the archetypal energy of the originating lore while endowing the vampire with the abilities necessary to infiltrate and manipulate English Victorian society—an ancient monster stalking modern streets. As the best of both worlds, Stoker’s Count is undoubtedly the progenitor of our two modern vampiric castes: the one who charms his way into your party, and the other who simply kicks the door in saying “I’m gonna eat you. Deal with it.” They each have their particular charms.

Before we dive in, let us first establish a solid foundation on which to build—a base conception of the vampire. At its core, the vampire is really just a void; the shell of a former person endowed with unnatural life, and driven on by an unquenchable thirst for the blood of the living. It is the antithesis of life and creation, leaving only death and abomination the wake of its self-serving pursuits. This establishes the creature first and foremost as impure, a freak of nature. It is not only physically threatening, but psychologically threatening as well—as it defies cultural categorization. Lovecraft hit the nail on the head when he posited that the oldest and strongest kind of fear is fear of the unknown, and the vampire’s brand of predestinate “outside” evil certainly fits that mold.

But perhaps even more striking than the concept of unknown evil from without is the concept of unknown evil from within; those darker aspects of the human condition we often fail to acknowledge. The vampire can be perceived as self-reflective, a symbolic manifestation of those destructive unconscious drives/desires just beneath the surface, always lurking, begging to be satisfied. It only makes sense then that the vampiric figure should so often be equated with the narcissistic personality type, as it knows only the blind pursuit of its own needs through the exploitation and abandon of others. In an increasingly self-absorbed Western culture, this self-reflective view of the vampire may shed some light on why it has become such a popular fixture in literature, film, and other arts. On some primal, instinctual level we recognize something of ourselves in the beast.

From a psychoanalytic standpoint, the power of the vampire’s effect in fictions is derived from its being an image of the “uncanny,” representative of both individual and group repressions. Images of the “uncanny” generate what is known as cognitive dissonance, in which we find a thing foreign, yet familiar; repulsive, yet attractive. More specifically, they relate to infantile complexes and previously shed primitive beliefs. Oral fixation is clearly evoked through the vampiric sucking of blood, relating back to the Freudian concept of the oral stage in a child’s development. In the oral stage, the mouth becomes the focal point of libidinal energy through which the child seeks gratification and expresses aggression. This is the first in a series of stages relating to psychosexual development. Freud believed that unresolved conflict during any such stage could result in a fixation—misdirected libidinal energy that remains invested in that particular stage. The vampire embodies oral fixation; its static, misdirected libido stirring a whole host of underlying sexual and social anxieties concerning non-productive sex acts, inappropriate seduction, sexual potency/impotency, etc.

Considering that women are the most frequent subjects of the vampire’s attack, we must consider the Oedipal implications of the figure from a male perspective. The Oedipus complex, coinciding with Freud’s concept of the Phallic stage of psychosexual development, is an expression of the male child’s feelings of rivalry with the father over possession of the mother. Naturally an understanding develops in which the child learns to accept that he must share the mother with the father, but this is something that remains unresolved in regard to the vampire. In that the dominant, elder figure of the vampire makes women the subjects of its attention—woman being symbolic of the life-giving mother figure—it speaks to males on this primal, subconscious level. We secretly envy the patriarchal vampire’s possession of the woman/mother (the control it gives), but since it ultimately threatens our connection with her, the vampire is a thing to be destroyed. This speaks to the theory of the primal horde —the elder alpha figure, in exercising tyrannical dominance over the females of the group, is simply destined to be overthrown…. Following this line of Freudian interpretation, if the female victim can be interpreted as a maternal figure from a male perspective, then it stands to reason that the vampire can be viewed as paternal figure from the female perspective. This image of the unnatural seducer as the “dark father” has been present in Horror fictions dating back to the beginning of the Gothic mode.

A majority of horror monster/conventions are sexually charged on a subconscious level—it’s where a great deal of their power is derived from. The vampire just happens to be the most obvious creep of the bunch, stalking beautiful youths at night to drain them of their vitality. The act of forced penetration and fluid exchange speaks for itself—the vampire’s attack is a symbolic rape. As the power-play unfolds, a fusion of sexuality and aggression becomes apparent, as well as the connection between orgasm and death. (The French actually referred to the orgasm as “la petite mort,” or “the little death,” the spending of life force—true death being the ultimate release.) But even in its less attractive forms, the vampire oozes with sexual energy on a base level. It is perhaps more than coincidence that Stoker’s seminal Count—the basis for most modern literary vampires— displayed features that Victorian era medicine frequently ascribed as symptoms of sexual excess; pale, drawn skin, gaunt frame,  long fingernails, terrible breath.

The figure of the vampire, as employed by the folklore and spiritual belief systems of cultures the world over (as well as in literature), served (and continues to serve) as a means of reinforcing religious discipline, social values, and codes of sexual conduct. Perhaps the most important aspect of the vampire in regard to social stability is its implications in regard to the concept of the family unit. The vampire as “other,” as infiltrator and debaser of the natural social and sexual order, promises the disintegration of the family unit and hence the breakdown of civilization. But just as the vampire has left its mark on society, society has left its mark on the vampire. Presented in some Eastern European folktales as a handsome youth, a deceiver and defiler of young women, the vampire’s image as a sexually charged fiend was obviously ripe for the literary picking, persisting in popular fiction to this very day—more darkly seductive than ever.

What are your thoughts on the vampire? Comment and let us know.